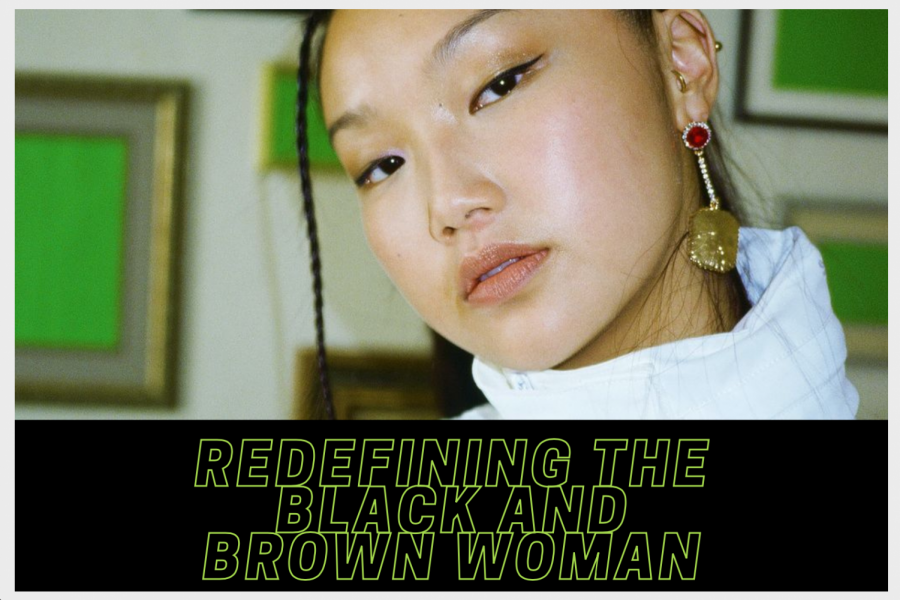 Happy Monday, reader, and welcome back to Redefining the Black and Brown Woman. This week, I thought I’d spotlight some of the artists that make this column so special! Here’s what I’ve been listening to recently as I prepare for finals and background on each artist:

Reigning from Adelaide, Australia, Tkay Maidza is an artist who I like to describe as a mixture between Bree Runway and Azaelia Banks (minus the problematic-ness). Maidza – who was born in Zimbabwe – began making music in high school and would eventually go on to make genre-bending tunes with artists like Kari Faux. This summer, she gave us upbeat electro-rap and pop hits like “Shook” on her EP, Last Year Was Weird, Vol. 2 that allowed listeners a chance to envision a summer outside of our quarantined reality. For that and for being the flawless innovator that she is – Maidza deserves her flowers.

Kiah Victoria may only be 28 years old but in an interview with The Line of Best Fit, she said that she’s “growing the f*** up” and constantly learning. The Los Angeles based artist sings about topics like politics, the Black Lives Matter movement, terrorism and moreover electronica-influenced experimental pop. As the daughter of a drummer, Victoria’s interest in music started from a young age and shows no signs of stopping anytime soon.

Discovered at only 16 years old, Audrey Nuna is the Korean American rapper and singer that I’m literally honored to have discovered. She told Hype Bae in an interview once that the message she hopes her music delivers is “do[ing] what you want.” In her upbeat tempos and flashy music videos to match, Nuna does just that. It’s her effortless and carefree vibe that’s won her the likes of and collaborations with artists like Jack Harlow, BLACKPINK, and Bae Cheol-soo.

Yendry Fiorentino, also known as YEИDRY, is the Dominican and Italian singer/rapper that just about everyone needs to know. She reminds me of Rosalía but in all the right ways while making a unique sound of her own. In 2012, Fiorentino performed on the X-Factor at nineteen years old. With inspiration from Destiny’s Child, Michael Jackson, and TLC, she’s added her own culture and experience living in Italy and the Dominican Republic to create a sound that pushes boundaries yet appeals globally.

Trained traditionally in Indian classical music, Sanjana has voice control and talent that demands to be recognized. She says that her inspirations range from John Mayer to Lianne La Havas to Young the Giant and spent her life growing up between both India and California.

JAIE is the well-traveled neo-soul artist from Malaysia who incorporates culture into her music from all the places that she’s lived in. She’s written and created music from a young age and has hopes to one day master pottery.

Peyton not only is professionally trained in singing, but in the violin as well. In an interview once at Stones Throw, the Houston-raised artist said that her late grandmother, who was a famous gospel composer, served as an inspiration that’s formed the musician that she is today. Steve Lacy has produced some of her most recent releases and she’s opened on tour for bands like the Internet and SALES.

Ruti Olajugbagbe found her start on The Voice UK where she won the seventh series. The 21-year-old Essex-born singer has won acclaim from artists like Boy George. Following her win on the popular competition show, she signed with the United Kingdon label, Polydor Records, but left and has begun releasing music independently.

Although Linda Diaz’s music may sound like a dream good enough to eat, she told NPR in an interview that some of her songs draw from some of her life’s darkest times. The native New Yorker who grew up in the Lower East Side of Manhattan recently won NPR’s 2020 Tiny Desk concert.

West-coast R&B singer, Quiñ, found her start in a gospel choir and has since been featured on tracks with artists like G-Eazy, 6LACK, and Syd. Some of her biggest influences include Barbra Streisand, Brandy, TLC, Aaliyah, Keri Hilson, and Ciara.

Adriana Rimpel, also known as Lady Midnight, is an Afro-Indigenous bilingual artist, singer, songwriter, teacher, and community leader based in Minneapolis, Minnesota. Raised by a musical family, Rimpel utilizes culture and her relatives as influences within her songwriting. For performances, the singer collaborates with local hair artists to create headdresses and has performed with artists like Andra Day, Aloe Blacc, Common, and Bon Iver.

Bilingual singer Shreya dreamily weaves between languages and seamlessly tells stories with soul through her R&B music. The South Asian artist raised in the US speaks about sexuality, feminism, sin, and power in her music. Strong on conceptual work, the Los Angeles based artist, pulls inspiration from singers ranging from Lata Mangeshkar to Amy Winehouse.

Zaniah from Louisville, Kentucky learned how to play the guitar when she was 15 years old through YouTube videos and has since written and performed songs with jazz artists like Otis Junior and Dr. Dundiff. Her sound doesn’t conform to one genre. In fact, the singer told Leo Weekly that she pulls from soul music, jazz, country, and blues. She said that she got her start in old country music from Patsy Cline, Loretta Lynn, and Dolly Parton.

Chicago, Illinois poet, activist and singer, Tasha, finds the roots of her songs from poetry. She utilizes social media and is involved in organizations like the Black Youth Project 100 to speak on issues regarding race and gender. Her hopelessly romantic music asks for listeners to not only be kind to each other, but to ourselves as well.

Strictly from her music videos and visuals, it’s clear that Kari Faux lives and has created her own world where you can literally do whatever you want. The singer and rapper, from Little Rock, Arkansas, grew up listening to Britney Spears and André 3000, and brings fun liveliness into her verses. She’s been featured on Issa Rae’s television show, Insecure, and brings elements of different sounds into her experimental music.