Down the Dirt Road 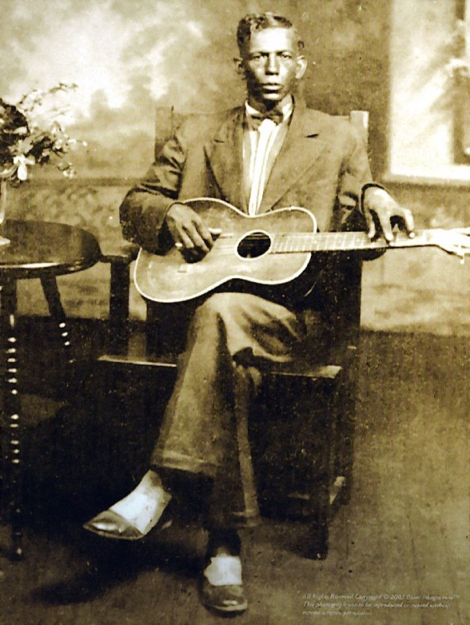 Music and song has been prevalent throughout US history. However, much of this music cannot be experienced today as it was neither recorded nor written down. Early musical recordings followed the invention of the phonograph in 1877 but were limited in volume and a small frequency range. The “Acoustic Era” of sound recording lasted until 1925 and was only able to record loud brass instruments. In 1925, electrical recording equipment such as microphones and electromechanical recorders were invented and quickly adopted by major recording companies. With this switch, a wider range of musical instruments and vocal ranges could be recorded including the guitar and other stringed instruments. Suddenly it was possible to record a multitude of musical genres and major recording companies such as Victor and Columbia saw this as a lucrative opportunity. So, they sent scouts to record the music played on front porches and bars throughout the country. In the Mississippi Delta, the Paramount Corporationcame across a prolific musician named Charley Patton plucking rhythm on a guitar and singing his blues with a booming voice. He would later be named the “Father of the Delta Blues.”

Charley Patton spent much of his life living and working on the Dockery Plantation near Ruleville, Mississippi. His upbringing is not well documented and much of his life is told through stories by friends and acquaintances. He was fathered by a former slave while growing up in Mississippi. It is known Charley had a mixed ancestry of Native American and African American and was therefore forced into the oppressive sharecropping system that existed in the south following the abolition of slavery. While growing up and working on the Dockery Plantation, Charley was taught a unique style of playing by Henry Sloan, another guitar player working on the Dockery Plantation. It was filled with raw angst and emotion in which Charley could relate his life and be unrestrained. This style would later be recognized as an early form of the blues. Charley quickly took to this kind of music picking out rhythms of his own and singing his heart out for crowds on the plantation and nearby bars. Legend has it that Charley Patton had such a booming voice that it could be heard over 500 yards away. Hearing him sing for the first time is a very shocking as his howls cut through the scratches of the record.

Sometime in 1929 Patton heard of a talent broker by the name of H.C Spier making demo recordings in the back of his record store in Jackson, Mississippi. Spier is another important figure in the origins of the blues as he recorded many delta blues musicians and launched their recording career. When Patton auditioned for Spier, Spier recorded him and sent his demo to the Paramount Corporation. Paramount offered to officially record Patton in a more advanced studio in Indiana. These first Paramount recordings of Patton were cut in June 1929 and can still be heard today. Songs such as “Down the Dirt Road Blues”, “Spoonful Blues”, and “Shake It and Break It” were included on that first record.

Patton’s recordings are greatly valued because they are the most tangible part of his legacy. They sold well at the time and have been rereleased on digital platforms since. In addition to his recordings, stories told by the word of mouth and documented in books remain. Those that knew Patton describe him as a wild performer. He would often times play his guitar over his head, between his legs, behind his back, and even pluck the strings with his teeth. This is so interesting because these were the moves Jimi Hendrix used in the 1960s that shocked audiences and came to define him. Charley also worked with and taught various other artists of his time such as Son House, Tommy Johnson, Howlin’ Wolf and Robert Johnson. Younger artists such as Howlin’ Wolf and Robert Johnson derived their style from Patton’s teachings. Both Johnson and Wolf are highly regarded as embodying the origins of rock n roll music. So, you can see how Patton’s influence touched so many artists and a wide range of music finds its roots in Patton. In a way, he was the first domino to fall.

Blues music as we know it today grew out of the age-old hymns, gospels, ballads, and ragtime numbers which was the music available to Patton and that which characterized his introduction to musical performance. It is subsequently his own interpretation of these musical styles, his raw talent, his scratchy loud voice, and his creative expression which sets him apart as a staple of an emerging genre not yet fully understood. The fact that the development of electric recording occurred in conjunction with this new departure from traditional music towards more personal expression is either a stroke of luck or a case of one influencing the other. In either case, we can listen to his recordings and identify the music of Charley Patton as a foundational part of blues music and popular music today.