In the wake of Megan Thee Stallion’s album Good News release, I thought that it was time to have a conversation that strong, black women have been and are currently defining the music industry. The double standards between men and women have always been prominent in the music industry, especially in the rap and hip hop scene. Male rappers consistently make songs about sex, drugs, and women and it is considered the norm. When females talk about the same topics in their songs, however, they are suddenly damaging to younger girls and are degrading themselves, which is infuriating to no end. Thankfully, pioneers of the female rap industry, namely Lil’ Kim, opened up the conversation regarding body confidence and sexual empowerment for us all, and Megan Thee Stallion has continued this legacy. 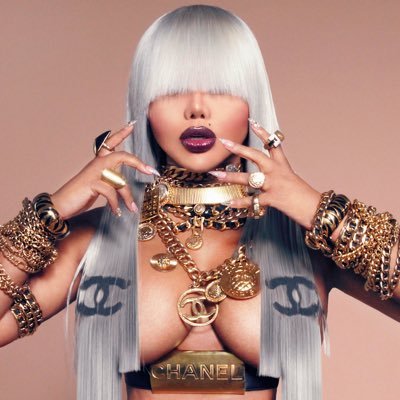 Kimberly Denise Jones, AKA Lil’ Kim, has always been an independently fierce woman since she was born in 1974. From being kicked out of her home in Brooklyn as a teen to perjuring herself in court to save her friend, Kim has stuck to her gut and her convictions. She encapsulated her fiery passion and anger into a rap career in her early twenties. Her innate ability to freestyle and write amazing wordplay garnered her the recognition of some of the most prevalent names in hip hop of the time, such as The Notorious B.I.G, which helped put her on the map. There’s no doubt in my mind that Kim would’ve been just as successful without the help, but she was already pursuing a fashion career, a modeling career, and a career as a reality tv star. Needless to say, Lil’ Kim’s determination to make something of herself was such a strong driving force, that she is still cited as a main source of inspiration in women in and out of the music industry who are blossoming into themselves with confidence and sexual prowess. In short, Lil’ Kim was, is, and will always be a queen. 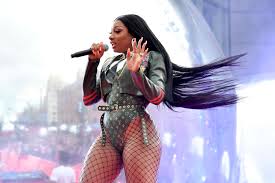 Speaking of strong, black female role models in the music industry, we must talk about Megan. Born Megan Jovon Ruth Pete in Houston, the 25-year-old self-proclaimed Stallion was raised in and by the rap scene. Her mother was a rapper named Holly-Wood and would bring Megan to all of her industry events and recordings from a very young age. It’s safe to say that the music gene runs in the family. Megan began posting impressive freestyle videos on Instagram, where she essentially began building her brand by herself. Her tall stature (hence her stage name “stallion” a nick-name from childhood), natural body, and self-confidence radiated through the screen when people watched her perform, so there was no way Ms. Megan’s career wasn’t going to blow up. From the very beginning of her career, Stallion made incredibly powerful connections with well-established people in the industry, such as Beyoncé, who saw her talent and knew that she needed to be even more prevalent in the industry than she already was. Her infamous sexy outfits and dance moves are most definitely inspired by queen Lil’ Kim but are still very unique to the era of entertainment that Megan was born and raised in.

Lil’ Kim: “Crush on You”- “I get clothes, custom made, from a stylist/ Cruise in my Lexus Land with no mileage/ While you walk the street until your feet get calloused”

It is beyond time for women to feel as comfortable in their bodies and sexuality as men. Having anthems produced by incredible female artists, seeing innovative fashion, and listening to women stick up for themselves is refreshing. So, if you haven’t already, please go listen to Good News by Megan Thee Stallion. But before you do, you have to put on some Lil’ Kim. Why? Because you gotta respect the classics.