Earworms VOL. I: to the tune of an existential crisis 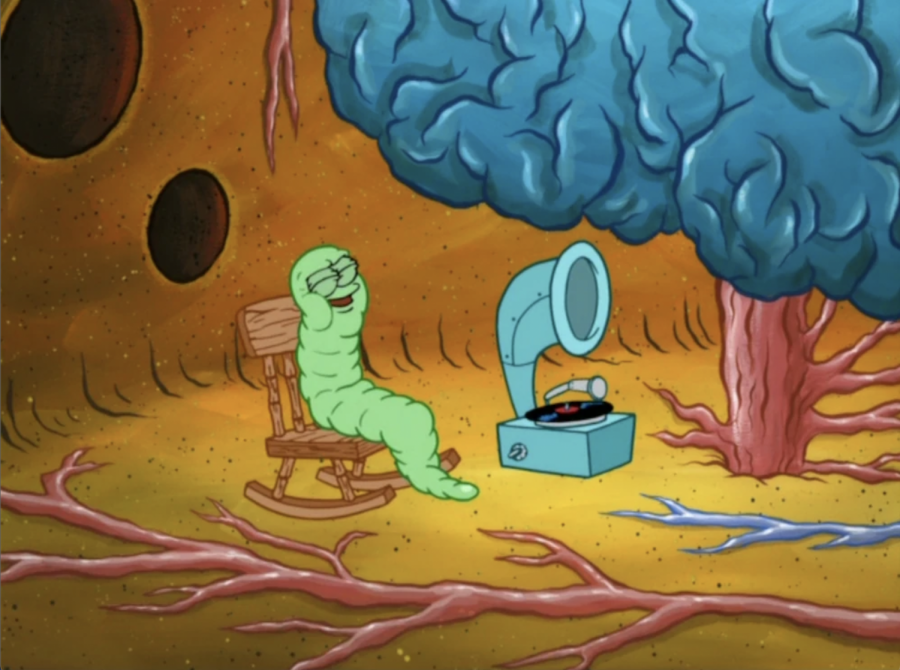 If we’re being honest, I don’t love the visuals that come with the term “earworm” but it’s the most succinct way to describe a song that gets stuck in your head. For me, an earworm is more than just a catchy tune on repeat – it’s more like the universe telling me I need to work through some things. I consume an unhealthy amount of music and I’ve always been drawn to clever lyricism, so it’s no wonder that I’m perpetually stuck on songs that seem to be uniquely tailored to whatever crisis I’m going through at the time. I usually walk around with anywhere between one and four songs bouncing around my noggin, coming and going as they please. I wish I wrote them, but I didn’t so I learn the words and hum along till the feeling’s gone forever. Here’s what’s on rotation this week:

“I take a hit from an asthma puffer

I do it wrong, I was never good at smoking bongs

I’m not that good at breathing in”

In “Avant Gardener,” Courtney Barnett tells us a five-minute story about an asthma attack and being the kind of person who wishes for something to disrupt the monotony of life then immediately regrets when it finally happens. Her lyrics are effective on their own, but even more so because she’s pretty much just speaking in a singsongy way rather than actually singing. It feels like you’re on the phone with a friend who’s telling you about their day, it just so happens to be accompanied by indie-rock instrumentation. Tonally, Barnett nails the ability to sound bored without being boring which adds to the appeal of her sardonic lyrics. It’s a great song to sing along to – something about trying to affect Barnett’s Australian accent in a lazy kind of way is innately soothing. Really, you should try it.

The line that I’ve been stuck on comes at the end; it’s the perfect distillation of what it’s like to look at life through a self-deprecating lens. In Barnett’s case, not being able to use her inhaler correctly is a reminder of the other things she’s not good at. She plays up the humor with the exaggeration that she’s not that good at breathing in, because it’s not concerning to fixate on all your flaws as long as you make a joke about it, right guys? Right???

“I’m coming to the brink of a great disaster

End just has to be near

The earth spins faster, whistles right past you

Whispers death in your ear

Andrew Bird’s 2019 song “Manifest” snuck up on me. I’d been passively listening to the song throughout February before my brain decided to latch onto it last week. Bird is one of the very few musicians who can write a song about fossil fuels and how everything eventually becomes tailpipe exhaust and make it sound whimsical. Personally, I think it means he should be put on some kind of watchlist.

I think it took so long for the pre-chorus to cement itself in my brain because Bird’s existential dread is wistful and folky – I didn’t process the weight of the sentiment until the changing of the seasons and the one-year anniversary of the world shutting down renewed my own anxieties. It doesn’t help that Bird was alarmingly prescient about the world ending in a way we couldn’t ignore. Again, someone please call the FBI.

“I’ve always been a coward

And I don’t know what’s good for me”

In a similar vein to “Manifest,” “Hounds of Love” felt deceptively happy because of Bush’s eclectic singing style and the 80s pop beat. Despite my ignorant bliss, I was always floored by the clarity and profound sadness of the line, “I’ve always been a coward and I don’t know what’s good for me.”  It comes about thirty seconds into the song, a moment of quiet introspection before everything picks up in Bush’s signature style. After continually coming back to that line, I decided to parse through the narrative of the song…for my own peace of mind, this was probably a mistake.

Here, Bush is singing about the fear that comes with the prospect of love. It’s scary to put yourself out there and the instinct to stay in your safe little bubble is strong, particularly when leaving it means opening yourself up to the judgment of another person. It’s especially icky when you finally think you’re ready to face life, because it means you need to own up to being a coward all along. I don’t know if I needed to be confronted by my own fears and shortcomings through a song released in 1986, but thanks anyway, Kate.

I want to be just as loud

All this freedom just freaks me out”

If you can’t tell, I’ve been Thinking About A Lot this week. I’m very aware of when I need to get out of my own head but because of covid, I can’t partake in any of my usual methods of doing so (loud concerts, dancing in a crowd of people, low-stakes mischief, etc). It makes me want to scream, which is the feeling that Phoebe Bridgers and Connor Oberst sing about in “My City.” They describe wanting to be as loud as fireworks on the Fourth of July, a feat that’s just as impossible as being in a mosh pit right now.

This line also gets at the feeling of realizing the strangeness of something that’s normalized. Bridgers and Oberst are singing about being freaked out by the intense display of patriotism that happens every July, one that – for the most part – goes unquestioned. I imagine it’s the same feeling as being masked in a grocery store, remembering that it’s been a year and we’ve all just been forced to live in this strange new reality. For now, the only balm is being able to scream along to this song.