I Got You Covered: Jeff Rosenstock (And His Many Other Projects) 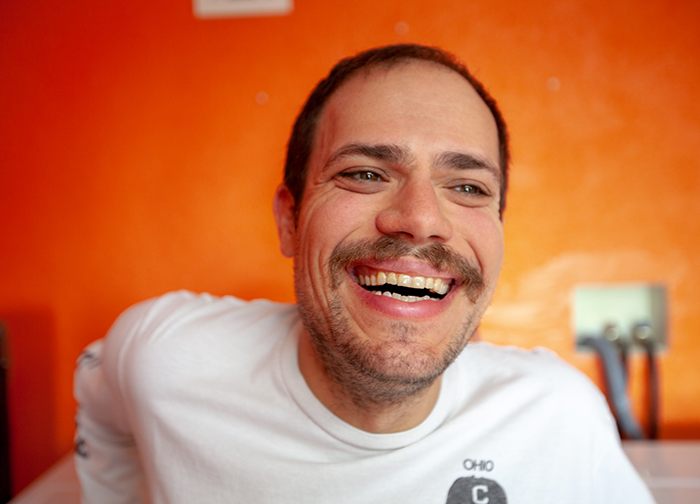 I’m known to be a bit of an aficionado for song covers. My “Why I Cover” series is more than proof of this, but I feel as though that specific means of presenting my obsession just doesn’t properly demonstrate how unhinged I am in terms of time and passion devoted to the subject. Discussing songs I’ve covered in the past might serve as an outlet for this adoration, but only partially so— I believe I would be much better off just showing you what exactly it is I am packing, so I’m starting this “I Got You Covered” series.

While the two might be sister series, I plan to have “Covered”  to be more invested in the quantity of what I feel to be quality covers, rather than focused on the quality of just one song I’ve happened to perform. I can’t perform every song I love, dude! On the flipside, I love and crave to hear new takes on personal favorites, favorite artists spicing up a classic, etc., all the time. I am always looking. I never stop. On that note, I don’t plan to stop “Cover”, either. That’s still happening.

Now, in terms of how these articles will be structured, it’s going to vary. Out of what I have, I may:

B. List every cover that a specific artist has done

C. List every cover made by others of a specific artist

D. Do something else that doesn’t fall into any of the above

Minding all of the above, I’m going to include covers that also feature anyone involved with making the original version. I’m aware this decision may present a can of worms where there otherwise wouldn’t be, but I stand with my choice here. Also, I might update individual lists! With that all said, for this first outing I’m going with the B option. Here’s every cover by Jeff Rosenstock (including his many other projects) I have along with why I love each:

Jeff Rosenstock plays “The ’59 Sound” By The Gaslight Anthem

Leave it to Mr. Rosenstock to completely outdo The Gaslight Anthem on their own song (one that I also consider to be my favorite of theirs) just by being himself! I love everything here, from the ska-guitar used for the verses to Jeff himself being almost entirely out of breath throughout most of the runtime to that one point at 0:46 that somehow completely reshaped the way I play guitar. It’s all so him, and it makes for a cover that is 100% unique. Also, that ending is just pure adrenaline, like 90s Punk but devoid of self-indulgence.

This is the most punk Sean Bonnette has ever sounded and he owes that all to the crowd, manic bursts of sax, and the least chill drum-playing I’ve heard in a Neutral Milk Hotel cover. Everyone sounds so happy and in the know, sucked into the chaos of it all and having the biggest blast one could ever imagine through the less-than-stellar quality of this video. Nonetheless, where this cover may lack in digital richness, it has in spades for bonafide good times.

I still don’t really have words for this. All I have is awe.

Sweet, syrupy synths and the standard distortionstock guitar make for a neat cover, even if it’s perhaps a hair too collected. But hey, you can’t go wrong with Neil Young!

I know most people frown on covers that don’t add anything new to the song being covered, but what actually makes this cover so great is how little Jeff and crew mess with the “Buddy Holly” formula. In doing this, BTMI allows the song relish in the very garage-pop aesthetic it was originally based on; one that my brain has long-since divorced from the Blue Album and the band at large in the decades following its release, especially after the Teal Album (God forbid I mention that here, though). Traditionalism here equates to freshness.

Of course, these aren’t all the covers Jeff has done. In fact, there’s a cover of “No Surprises” by Radiohead that his band The Arrogant Sons Of Bitches recorded some time ago that I want to check out, along with a cover of AJJ’s “Little Brother” he did via Bomb the Music Industry. Perhaps I’ll come back to this list in the future.