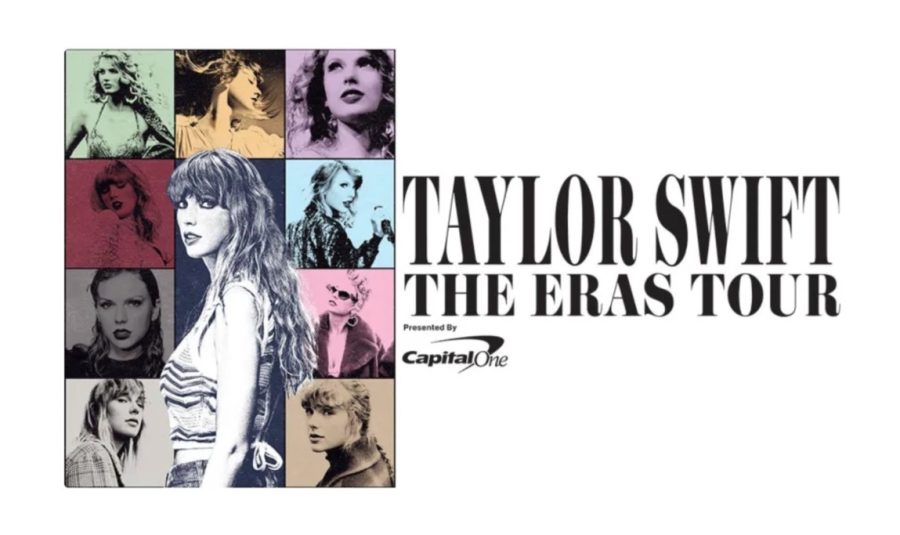 Taylor Swift took to Good Morning America to announce The Eras Tour shortly after earning the top 10 spots on the Billboard Top 100, becoming the first artist to claim the Hot 100’s entire top ten. This is remarkable given that Swift had released the album, Midnights, only a week prior.

“Good morning America, it’s Taylor. I wanted to tell you something that I’ve been so excited about for a really long time, have been planning for ages, and I finally get to tell you. I’m going back on tour. The tour is called The Eras Tour and it’s a journey through all of my musical eras of my career. It starts in the US in stadiums and we will be releasing international dates as soon as we can. I have some brilliant opening acts coming along with me!”

Swift’s tour will include nine different supporting acts that Swift herself described as “brilliant.” These supporting acts include Paramore, Beabadoobee, Phoebe Bridgers, girl in red, MUNA, HAIM, Gayle, Gracie Abrams, and OWENN. Taylor Swift never does anything by accident. Afterall, she is a “Mastermind.” Each opening act was carefully selected by Swift, who recognizes each artist’s talent. In some cases, she has long-standing relationships with a musician. In other cases, Swift sees something special in an emerging artist. 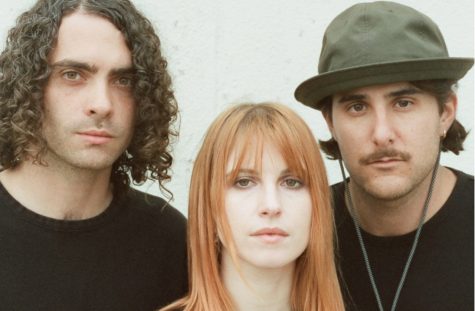 Swift will be kicking off the tour with Pararmore. Paramore started in 2004 and has released multiple albums. Paramore recently announced its newest album, This Is Why, which will be released in February, just in time for The Eras Tour. Paramore’s lead singer, Hayley Williams, is a long-time friend of Swift. Williams made a special appearance during Swift’s 2011 Speak Now Tour to sing Paramore’s iconic song That’s What You Get. Williams was also featured in the music video for Bad Blood. William’s and Swift’s long-term friendship makes Paramore the perfect band to kick off The Eras Tour in Glendale, Arizona. 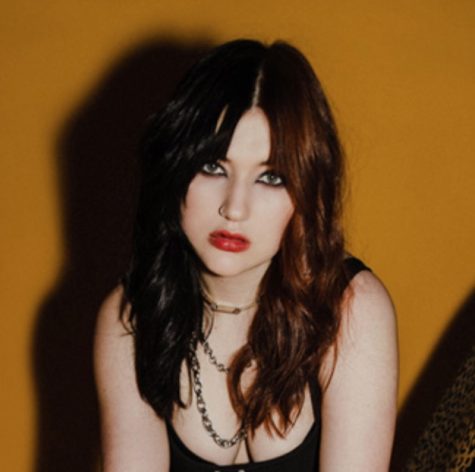 The second opening act will be eighteen year old Taylor Gayle Rutherfurd, aka GAYLE. GAYLE is best known for her hit song ABCDEFU, which she released in 2021. The song quickly blew up on TikTok, eventually reaching number 3 on the Billboard Hot 100. Earlier this year, GAYLE released an EP titled A Study of the Human Experience Volume One. GAYLE first met Swift at the Nashville Songwriter Awards and later posted a photo of the two captioned “i’ve died and come back to life.” GAYLE will be joining Swift in Glendale, Las Vegas, Nashville, Philadelphia, Foxborough, East Rutherford, and Los Angeles. 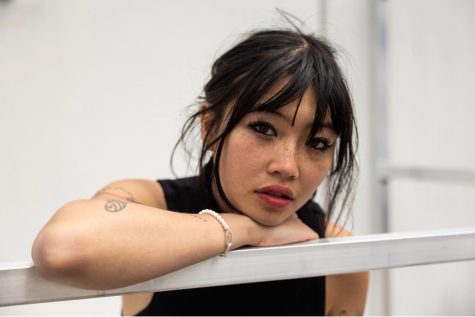 Next joining Swift will be  Beabadoobee, a Filipino-British singer songwriter. Beabadoobee released five EPs between 2018-2021 and her first Album, Fake It Flowers, was released in October of 2020. Beabadoobee first gained traction for her song Coffee which gained 300,000 views on youtube and has opened for The 1975 and Clairo. Beabadoobee met Swift at the 2020 NME awards, where she received the Radar Award. In an interview with Crack Magazine, Beabadoobee recalled her interaction with Swift,stating that, “Taylor Swift came up to me and told me that she loved my performance and loves my music. She said she never skips a song.” This will be an excellent opportunity for Beabadoobee to showcase her talent and raise her profile in the US. She will be opening in Las Vegas, Arlington, Tampa, Houston, and Atlanta. 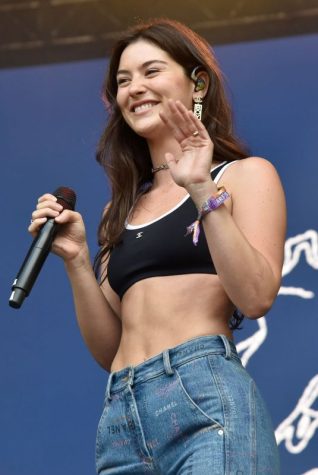 Gracie Abrams, a self-proclaimed Swiftie, will open for Swift in 14 cities. Abrams released her debut single, Mean It, in October 2019 and her debut EP Minor in July 2020. Abrams spent the majority of 2022 opening for Olivia Rodrigo’s Sour Tour and playing her own shows during her UK/EU This Is What It Feels Like Tour. Abrams has been a long-time fan of Swift, crediting her as one of her biggest inspirations. The feeling appears to be mutual, given that Swift responded to Abrams’ song Rockland by commenting that she would need “5-7 business days’” to recover from the song. Abrams was later photographed at Swift’s 32nd birthday party. I cannot think of a better opening act then a long-term Swiftie. Abrams will open in Arlington, Tampa, Houston, Atlanta, Nashville, Philadelphia, Foxborough, East Rutherford, Cincinnati, Kansas City, Denver, Seattle, Santa Clara, and Los Angeles. Next up, Phoebe Bridgers, who first began as a member of the band Sloppy Jane before she launched her solo career. Bridgers’ critically acclaimed debut album, Stranger in the Alps, was released in 2017. In 2020 Bridgers released her sophomore album, Punisher, which garnered four Grammy nominations, including Best New Artist. Bridgers is also a member of Boy Genius, which also includes Lucy Dacus and Julien Baker. Bridgers was featured on Red (Taylor’s Version) on the vault track Nothing New. Swift explained that, “Phoebe Bridgers is one of my favorite artists in the world. If she sings it I will listen to it.” Swift invited Bridgers to join her on Nothing New, which she wrote when she was 22. Swift really wanted another female artist she loved to sing it with her because, “it has a very female-artist perspective.” Bridgers responded by saying,“I’ve been waiting for this text my entire life.” Fans hope that during The Eras Tour Bridgers will join Swift on stage to sing Nothing New, which has become a fan favorite. Bridgers will be performing in Nashville, Philadelphia, Foxborough, and East Rutherford. 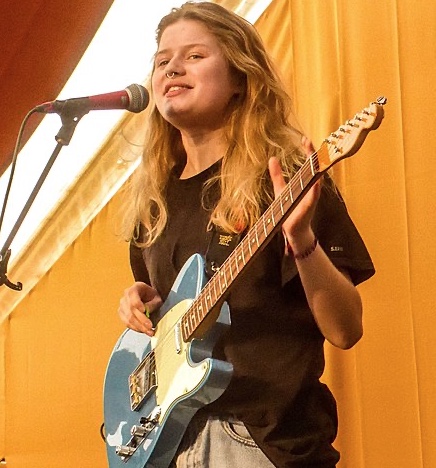 The next opener joining Swift on The Eras Tour will be Marie Ringheim, better known as girl in red. Girl in red is a Norwegian singer-songwriter and producer. Ringheim first gained traction for her song I Wanna Be Your Girlfriend, which she released on SoundCloud. Her first EP, Chapter 1, came out in 2018 and was followed up by Chapter 2 in 2019. Girl in red released her debut album If I Could Make It Go Quiet in 2021. Ringheim has credited Swift as one of her biggest musical inspirations. But it is clear she is also a huge fan: “I love Taylor Swift. I’m such a big fan. I have like dreams of like you know me arriving at LAX and like some guy just being like come get in the car. And I was like what? And then he’ll be like just get in the car and I’ll be like okay. And then I’ll get in there and he drives me up to like Taylor Swift’s house or some shit you know.” Girl in red will join Swift in Chicago, Detroit, Pittsburgh, and Minneapolis. Swift invited long-time friend Christian Owens, who performs under the name OWENN, to join The Eras Tour. OWENN is an on the rise artist, having recently released his debut single, Baby Girl, and his follow-up single, Rest of My Life. OWENN has been a dancer for Swift and was featured in the Lover music video. Swift saw potential in OWENN and helped him get his record label with Republic Records. It is obvious that Swift truly loves OWENN’s art and this will be a wonderful opportunity for him to showcase his work to the rest of Swift’s fan base. OWENN will be opening in East Rutherford, Chicago, Detroit, Pittsburgh, Minneapolis, and Los Angeles. 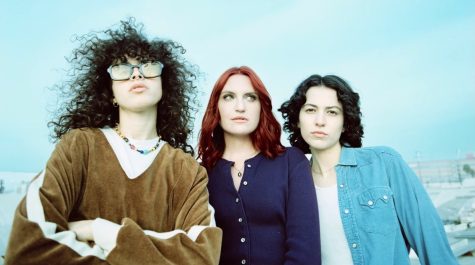 Also joining Swift on tour is MUNA, an indie pop band made up of Katie Gavin, Josette Maskin, and Naomi McPherson.  The three met as students at USC. They have released three studio albums: About U (2017), Saves the World (2019), and Muna (2022). Their third album was released under Saddest Factory Records ,which is Phoebe Bridgers’ record label. The first single they released from this album, Silk Chiffon, features Bridgers. MUNA has opened for other big names such as Harry Styles and Kacey Musgraves. Swift has shown her love for the band by including their song Number One Fan to her playlist for International Women’s Day. Similarly, MUNA included their own cover of August by Swift on their live EP. MUNA will be performing in Cincinnati, Kansas City, and Denver. 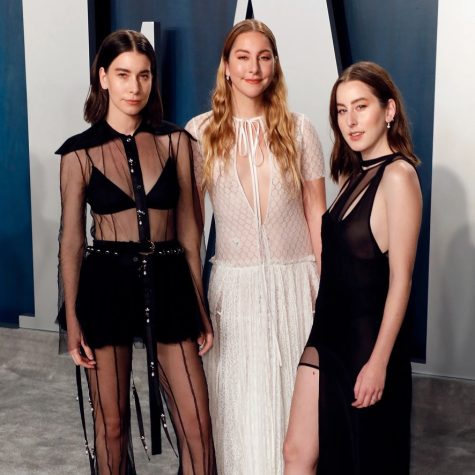 The final opening act that will be joining Swift on The Eras Tour is the sister trio HAIM. Este, Danielle, and Alana Haim released their first EP Forever in 2012 and their first album Days Are Gone in 2013. The group has been nominated for multiple Grammys, including Best New Artist and Album of the Year. Swift’s friendship with the Haim sisters dates back to at least  2014, when they were often seen at Swift’s iconic parties. More recently, the trio starred in Swift’s music video for Bejeweled, the first video from Midnightst. HAIM will join the tour in Seattle, Santa Clara, and Los Angeles.

Swift has carefully curated the list of openers for The Eras Tour. The artists are her friends, her collaborators, and her fans and offer a range of diverse sounds. I love that Taylor is giving these artists this opportunity to showcase their talent to the world. But make no mistake, Swift knows the power she holds and that she is giving them a huge platform. Swift has found something unique and special about their talent that she thinks is worth sharing with her fans. I encourage you to check out these artists before the kick off The Eras Tour.