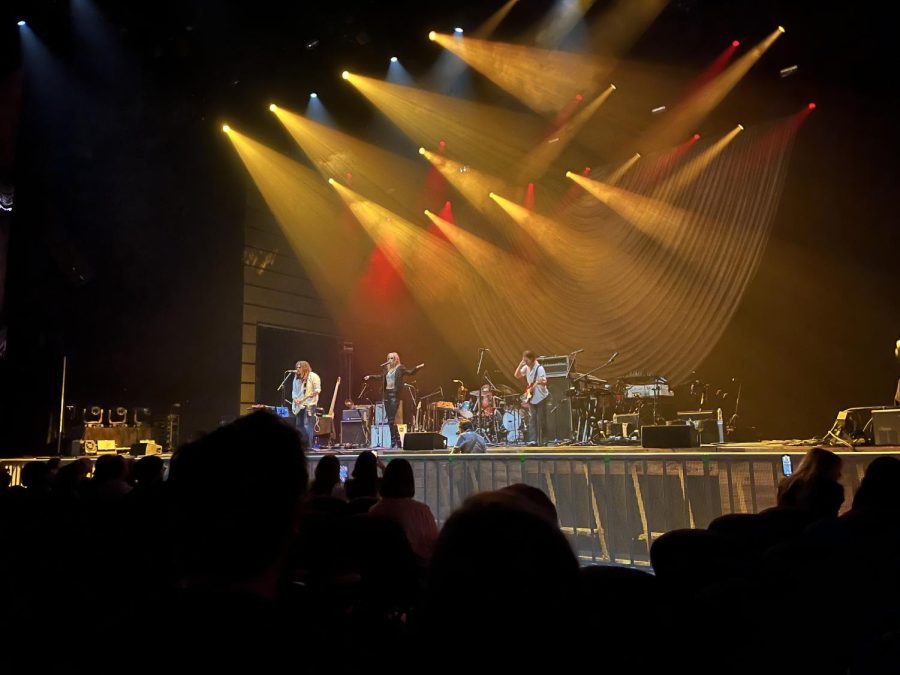 D.C. was graced with two excellent performers on September 20th, Suki Waterhouse and Father John Misty. The concert spanned from 8pm to 11pm, and the energy in The Anthem was electric from start to finish.

Suki dazzled the audience not only with her sparkly outfit but also with her incredible vocals. She played her latest release, “Nostalgia,” coupled with songs off her last EP, I Can’t Let Go. The crowd immediately flocked to the stage as she began performing, and she strutted the stage to give each group of fans some attention. She closed her set with the most notable song in her discography, introducing the song with, “There are a lot of good looking people in here tonight.” The live performance of “Good Looking Boy” surely did not disappoint, as Suki demonstrated her incredible vocal range and passion at its chorus. By the end of her set, the crowd was electric and ready for more.

After a brief break between artists, Father John Misty opened up with “I Love You, Honeybear,” which evoked a huge roar from the crowd. Father John Misty’s voice was incredibly smooth live, and it was beautifully accompanied by an incredible band including brass players. He then transitioned into “Nancy from Now On.” He also played fan favorites “Hollywood Cemetery Forever” and “Chateau Lobby #4.”

Father John Misty had incredible banter with the crowd, as he recalled the story of meeting the female comedian who inspired “Funny Girl” soon after moving to Los Angeles. He also shared the story of writing “Things It Would Have Been Helpful to Know Before the Revolution” about an alien surveillance of the horrible state of humans. The song would have been weirder, he contended, if his wife did not convince him to compromise.

One of the most emotional songs of the night was, “Goodbye Mr. Blue,” which was introduced by Father John Misty asking who in the audience had lost a pet recently. A woman in the front raised her hand, and Father John Misty asked it’s name. She shared that it was her cat named Darko, and he dedicated “Goodbye Mr. Blue” to Darko. The audience could see his eyes fill with tears as he poured his heart into the touching tribute.

Overall, the concert was a spunky mix of his older folk-rock music and recent shift towards jazz with eccentric lyrics. The concert had parts where we laughed together and cried together, a wonderful way to reconnect after a long hiatus from the pandemic.