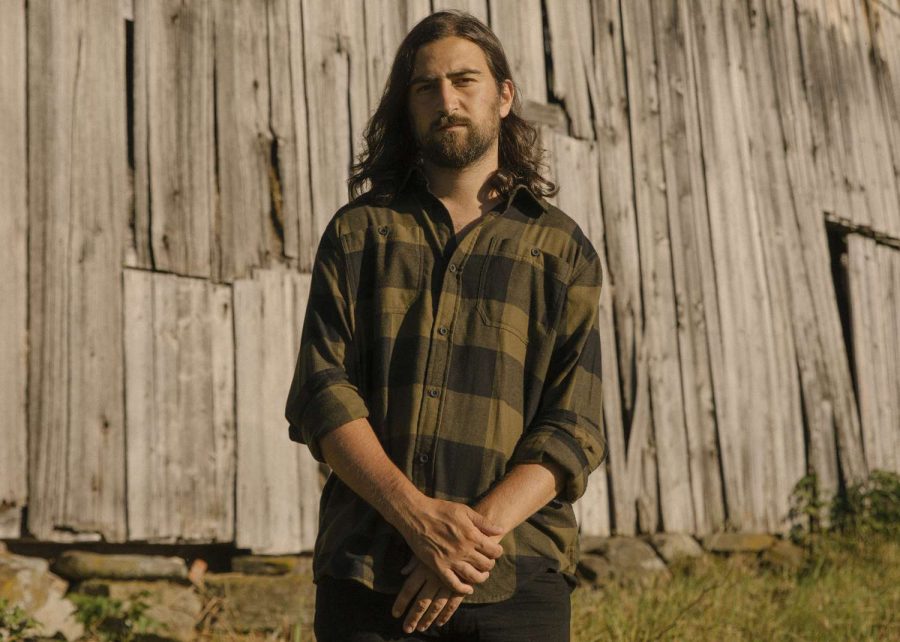 On October 17th, Noah Kahan and Adam Melchor officially kicked off fall with their performance in Silver Spring, Maryland. The Fillmore Silver Spring was the perfect venue for this concert. The hardwood floors gave it a rustic feel that accompanied the folk music being sung fantastically.  While the chandeliers and disco ball suspended from the ceiling gave the flashing lights a more elegant look. This intimate venue was the perfect fit for Noah Kahan and Adam Melchor.

This concert, which easily could have been mistaken for a lumberjack festival with the number of people in flannel, was remarkable. It only makes sense to start off by talking about the opener, Adam Melchor.

Adam Melchor clearly knew how to captivate an audience. His vocals were remarkable and his guitar skills accompanied him perfectly. His alternative indie style and beautiful voice was something I was not prepared for. During his performance, he expressed how grateful he was to see everyone’s faces. He told the charmed audience how he was used to singing to the back of people’s heads at weddings and pizza restaurants. This sincere remark truly shows how much being on a tour as successful as Noah Kahan’s “Stick Season” means to him.

Heartbreak shown in different forms was very consistent throughout his performance. He sang about long-distance relationships, drunk confessions, and just about every other type of pain that love entails.

The song “Last Time” is about the feeling of seeing the love of your life get on a plane and not knowing when you will see them next. A type of heartbreak that especially hurts since you are still with the love of your life, just not physically together. This song has a nursery rhyme feel to it in the way it makes you sway from side to side as the sweet melody goes on. You’re only able to hear the heart-wrenching lyrics if you actively listen to the words. The hidden meaning of this song feels deliberate when listening to how you shouldn’t be looking for love in one spot, it can be anywhere in the world. Adam does go on to advise against falling in love with someone across the globe, but the song still has a comforting meaning to it.

He told a lot of stories and the meaning behind each song. One, in particular, stood out, and based on the cheers from the audience I wasn’t the only one who thought this. Adam Melchor lives in Los Angeles which he described as Disneyland on acid. It is a wonderful place to live, but it also happens to be exhausting to live there. But while he was there his friend invited him to some guy’s house to party. This random guy happened to be pop star Charlie Puth. Knowing this was an opportunity to impress Charlie Puth, Adam started to play the piano in the room. Adam, being the musical genius that he is, dazzled Charlie Puth with the song that he was writing. He was instructed to finish the song and send it over to him. A week passes and the song is finished. But after another week of being left on delivered the hope of this song begins to fade. Adam kept on saying how if he were to have a song with Charlie Puth that it would equate with getting a yacht, for some reason? So after not getting a response back, it was as if his yacht was sinking. Still no response. Adam jokes that he must have been too busy figuring out the pitch of everything, commenting on all of Charlie Puth’s TikTok videos. But that wasn’t the end of the Charlie Puth and Adam Melchor collab. They randomly ran into each other again at a pool party. Where Charlie informed Adam that the song they wrote was the saddest song he’s ever written and that it was hard to listen to.  So while that may be the end of that story, Adam’s career of writing sad songs is long from over.

Adam Melchor ended this performance with “Real Estate”. Which happens to be the only song about love that doesn’t make you tear up, or at least not from sad tears. This song is about the love of your life getting their hair stuck in your mouth. But you don’t care because you love them so much they couldn’t do anything to make you stop loving them. This was the perfect way to end.

Adam Melchor, who made sure to say his name in between just about every song, is a phenomenal artist who will only continue to amaze people on the rest of Noah Kahan’s “Stick Season” tour as well as his own starting at the end of January.  His newest album “Here Goes Nothing” comes out on October 21st and I strongly recommend giving it a listen. As Adam claims it will be winning the silver medal for albums being released that day, second to the one and only Taylor Swift. But second still gets a medal, as he says. 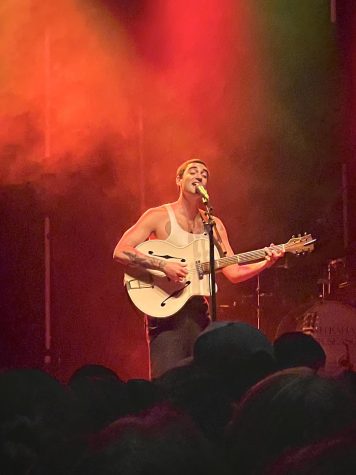 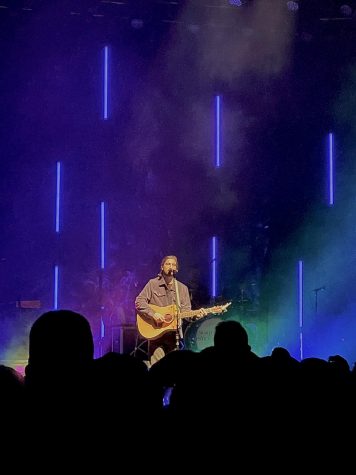 With an opener as remarkable as Adam Melchor, Noah Kahan had quite an act to follow. Thankfully the crowd was already amped up and ready to hear an album that came out just two days before. He remarked how this was a completely different experience for him compared to his last two performances when the album wasn’t released yet. Going to this concert in the middle of October most certainly added to the experience. With the temperature starting to fall and the leaves turning color, this album is perfect fall music.

This concert was a perfect combination of fan favorites and new releases. The songs “False Confidence”, “Young Blood”, and “Mess” are a collective of his most popular and loved songs from throughout the years. While they most definitely had the loudest applause and most people singing along, hearing his new songs live is what made the concert so worthwhile.

Every song has insightful and meaningful lyrics but hearing his specific thoughts on them adds an extra layer of analysis. Thankfully he provided some comments on several of the songs he sang.

To start, “New Perspective” is a song about watching the people you love become happier and have a better life while you still feel miserable. He explained how complex it is when you are both envious and proud of the people in your life.

In the song “Growing Sideways” he explains the importance of going to therapy. Well, not just going to therapy but actually taking it seriously. He remarked that when he was a young buck, his words, he went to therapy but didn’t see the value or purpose of it. He ended this song by recommending everyone in the room, no matter how happy they are, go to therapy.

Noah switched out for a new guitar for just about every song he sang. This album has just the right amount of folk elements in it to give it a rustic feel but able to still remain indie.

This next song made several people come to tears, myself included. “Come Over” is an ode to the way he felt about his dad as a child. His dad was the type to wear those weird spandex that went all the way down. He was the type of dad to be over the top when your friends are over to embarrass you. Noah provided a very sentimental story about how he never had his friends over to his house because he was ashamed of his dad. He wrote this song to show how he really feels about his dad, proud.

Another tearjerker was “Carlo’s Song”.  Which is a tribute to his friend who passed away. It is about how he is not going to be able to see the world with him. There wasn’t much said about this song but the rawness in his voice singing this song showed how much he meant to him.

“Homesick” is a song for people who grew up in small towns where they felt suffocated. In towns where you couldn’t wait to get out of. An ode to growing up in places not even on the map with unbearable winters. It is ironic it is named homesick because this song isn’t about missing your hometown. It is about being sick of the place you grew up in. He was able to capture the raw emotions that so many people feel. Just about everyone at the concert was wearing flannel and screaming along to this song. Showing just how uniting his music is.

Noah Kahan ended the concert by telling the crowd about just how much “Stick Season” changed his life. This folk indie artist did a wonderful performance on his newest album.