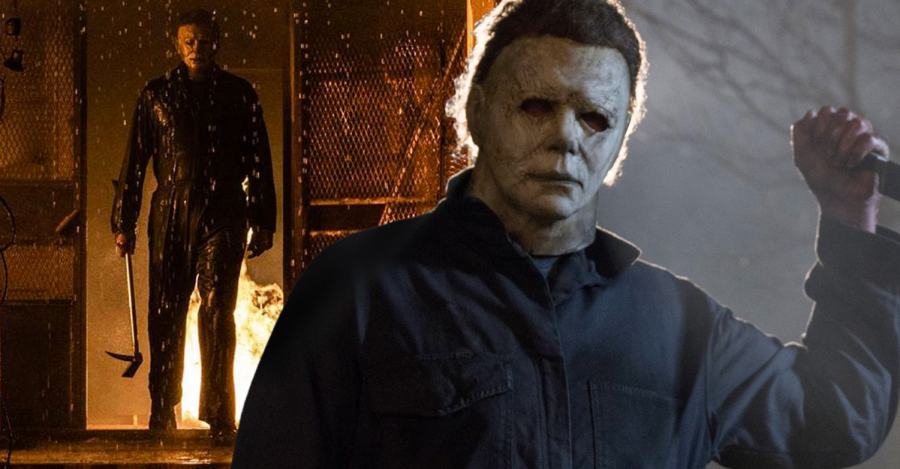 We’re not playing anything this week but some Halloween-themed tunes. With Halloweekend coming up, you’re going to need a playlist to get you into the right mood—and I’ve got you covered. This week, I’m not updating “now playing” the playlist, but rather I’m plugging another playlist of mine, one only to be used in the specialist of occasions: “michael myers’s guilty pleasures.” It’s a masterpiece that’s been in the works since 2018, and it’s only grown since then. There are almost a hundred songs on the playlist, so I’ll list only the highlights here. The only thing better than a solid Halloween playlist is a Christmas one, but we’ll save that one for later…so for now, let me take you through the only playlist you’ll ever need for Halloween—and I mean ever.

The Classics. By classics, I mean the Halloween jammers that you can never go without. The ones from our childhood, from our parents’ childhoods, and probably even a few from our grandparents’ childhood. These will be the songs we play for our kids; these songs will never die. Here are the ones you just CANNOT go without in the month of October: • “Gostbusters” by Ray Parker Jr.

The Ironic Titles. These are the songs that don’t necessarily sound like Halloween, but the context of the playlist makes them work. There’s something so much more fun about a Halloween playlist that includes songs like these, and you’re always kept on your toes. Nothing like a little playlist roulette to keep the Halloween parties going. Check them out: • “Feed My Frankenstein” by Alice Cooper

Halloweenie Pop. This is where Lady Gaga gets to shine. Not only do these songs have the vibe of Halloween down to a tea, but the titles also have their moment to shine. There’s just no such thing as a Halloween party without at least one song coming from Gaga, Britney Spears, or Rihanna. Also, I’ve included the essential songs from our Disney Channel youth—you’re welcome. These are the ones you can’t miss:

The Songs that Have Nothing to Do With Halloween. Ah, yes. My favorite category. These songs are ones you could listen to at any time of the year, and yet when it comes to a Halloween playlist, they absolutely must be included. There’s just something about the vibe that works, you know? You’ll understand what I mean! Take a look:

The Honorable Mentions. I’ll put a few of the stragglers under this category. They must be mentioned! Some of them are soundtracks or instrumental songs, and maybe one or two are from musicals (*awkward cough*). Trust me! Check these out:

Ok, that was a lot! But, to make your life easier, you can look through my playlist by either checking out my Spotify profile @sabrina.capello, or by searching the playlist, titled “michael myers’s guilty pleasures.” Have a very happy, very spooky Halloween!