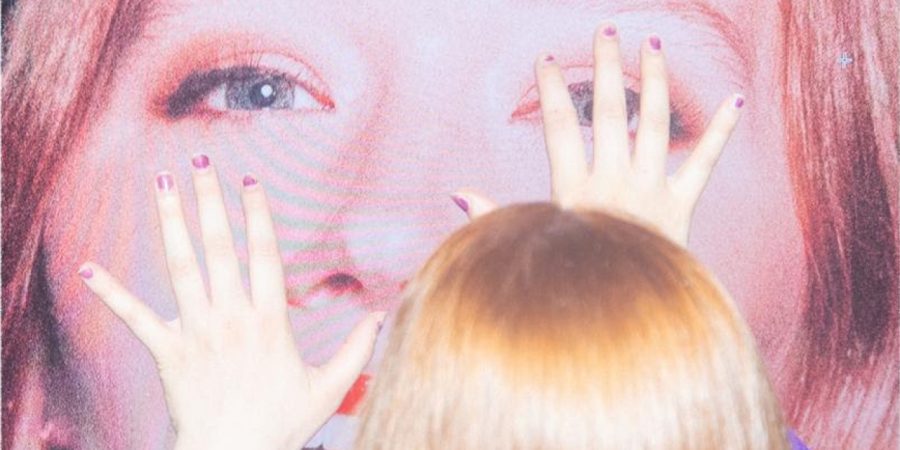 Combining rock and singer-songwriter elements, Julia Jacklin’s album PRE PLEASURE invites listeners to examine their own lives as Jacklin gives a voice to deeply personal yet common experiences and thoughts. PRE PLEASURE, released in August of this year, is Australian singer Julia Jacklin’s third studio album, predated by Don’t Let the Kids Win and Crushing. The album has it all, powerful vocals, emotional lyrics, and a variety of emotions and sounds throughout the ten tracks. From upbeat yet sad “I Was Neon” to devastatingly soft “Too In Love to Die”, each track provides listeners with a different experience, strengthening the album.

The lead single off the album and first track, “Lydia Wears a Cross”, perfectly sets the stage for the following songs. Starting slow with only Jacklin’s voice, a soft drum, and piano, Jacklin describes her experiences with Christianity and the church as a young girl and expresses her confusion and conflicted feelings at the rituals of organized religion. In the first verse, Jacklin sings, “Knees and eyes closed I felt pretty / In the shoes and the dress / Confused by the rest, could He hear me?”. Her childlike perception of Christian rituals is apparent, she likes to dress up for church but lacks the understanding of religious concepts. As the song builds, she becomes almost frantic, the stress and pressure that she feels because of religion is clear in both the crescendo of the music and the change in lyricism. When describing the act of confession she sings, “The line up, the quiet / The bleeding heart divided / Forgive me, forgive me, forgive me”. Jacklin perfectly represents the pressure put on children to divulge their sins, and the anxiety ridden experience of lining up for the confessional. The repetition of the phrase ‘forgive me’ compels listeners to picture a young Jacklin begging for forgiveness from a priest or God, most likely for a small sin children are prone to commit.

Following “Lydia Wears a Cross”, the album moves through “Love, Try Not to Let Go”, where Jacklin sings about her desire for emotional connection and “Ignore Tenderness”, where she deconstructs religious expectations of female sexuality. In regard to production, the fourth track on the album, “I Was Neon” is the most upbeat, made up of fast-paced guitar and drums. However, the lyrics are just as devastating as the first three songs. In “I Was Neon”, Jacklin reflects on her perception of her past self, particularly through her occupation and success. She describes her past self in an idealized state through lyrics like, “I was steady, I was soft to the touch” and “I was neon, I was a floodlight”. The words ‘steady’, ‘soft’, and ‘neon’ help listeners picture a bright and vibrant person, a person that Jacklin thinks that she has lost. The chorus and outro represent this idea as Jacklin repeats the phrase “Am I gonna lose myself again?”, over and over, her building anxiety apparent. The lyrics perfectly encapsulate the feeling of youth, success, and opportunity slipping through your fingers.

Directly following “I Was Neon”, comes the slow song that is “Too In Love to Die”. Production wise, these two songs are complete opposites, with the latter consisting only of soft piano and Jacklin’s vocals. This song is the exact midpoint in the album, and sets itself apart from all of the other tracks through the production style. In the song, Jacklin sings about how the love she feels for her romantic partner will save her from death and describes it in literal terms, such as a plane going down. The final line of the song is, “Surely it’s love like this that keeps us alive”. The message that love is the motivating factor in all of our lives is a positive sentiment within an otherwise devastating song. The creative choice to place this track directly in the center of the album allows listeners to reflect and really listen to Jacklin’s message before diving into the rest of the album.

The final song on the album, “End of a Friendship”, is the culmination of all of the themes previously discussed. Jacklin describes the tragic experience of a friendship failing, and perfectly encapsulates the confusion that comes with it. The song starts off positively with the lyrics, “The night started out well / She was having fun, as far as I could tell”. Despite the positive tone, Jacklin is not sure if the other person is enjoying herself, which leads into the second verse where Jacklin sings, “Shе listed the things about me shе didn’t like / I sat there in silence, accepted our fate”. The harsh end to this relationship is evident, and it is clear that the feeling of dislike is not mutual on Jacklin’s side. This song is the perfect outro to PRE PLEASURE, as it encapsulates themes previously discussed such as Jacklin’s trust in her relationships to save her and her immense anxiety when they fail her instead.

The elements and themes present in Julia Jacklin’s third album, PRE PLEASURE combined with her vocals and emotional lyrics make for an extremely compelling and almost perfect album. The religious throughlines are reminiscent of work by Lucy Dacus and Hozier, and Jacklin’s description of the pressure to constantly reinvent herself in order to stay relevant is similar to what many female artists experience, as discussed by the likes of Taylor Swift. PRE PLEASURE is a highly underrated album, that every type of listener can find a song to relate to, and Julia Jacklin is an artist to watch for in the future.